As languages become more widely used and the needs of their users evolve, they often grow. Some languages are designed to support such changing needs, but most of them are not.

This leads to rather intrusive changes to the language itself; to both its syntax and its semantics.

A very common problem that many software projects have is lack of adoption of new versions. Browsers are an excellent example of this, But it exists on the server as well. On one hand you have linux distributions, who tend to be rather conservative. On the other hand there’s hosting companies, who don’t want to invest in maintaining support for multiple platforms.

The longer your dependency chain is, the more you suffer from this. If you are using framework X, which depends on PHP 5.3, which depends on a certain compiler and a set of C libraries, you need to wait for every part of the chain to be updated before you can start using it.

Another way of looking at it is: The more extensible those low-level pieces are, the less you will suffer from outdated distribution.

I already blogged about macros before, but I shall briefly re-introduce the concept here.

Most lisps have a syntax entirely based on lists, called s-expressions. Since the entire code is represented as a list, it can be treated as code or as data.

Macros allow you to define special functions that operate at compile-time. The source code is parsed into an AST (the list in memory), and macros are able to transform this AST before it gets evaluated.

Macros are AST transformations. In a sense they are source-to-source compilers.

All code is in form of lists in lisp. Which makes it easy to parse and modify. This is sometimes referred to as uniform syntax.

Most languages don’t have uniform syntax, so how would a macro system in a language such as PHP look like?

The general concept still stands: It’s an AST transformation. You take the higher level source code, feed it through a macro and receive a lower-level equivalent.

And this is actually quite an interesting idea, because you could invent new syntax and language features, as long as they could be compiled down to the existing set of features.

I toyed with this idea in my lisp introduction at DPC. What if we had macro capabilities in PHP? What sort of features could we add to the language?

One example that I came up with was a short class constructor syntax. In the Dependency Injection Age, most constructors are just a series of argument assignments.

Could be transformed into this:

Wouldn’t that remove an incredibe amount of boilerplate?

Another project that plays with this idea is shaunxcode’s transmogrifier.

Do you still use libraries that run on PHP 5.3? Or 5.2? Are you yourself still running on 5.3, which will soon reach its end of life?

Quite often libraries will support old versions. Or somebody will fork a library, and rewrite it for the older version of PHP they happen to be using. They will actually manually rewrite parts of it.

Why not automate this? I can’t be the only person who ever considered writing a script to make new code work on old versions (I’m not). This thought crossed my mind a long time ago, because it seemed useful at the time.

What I only recently realized is that backporting existing features and inventing new ones is exactly the same thing! Just from a different perspective. One is looking at the future, the other is looking at the past. This completely blew my mind!

What if we could have had all of those fancy new features in PHP 5.4 or 5.5 much earlier? Without having to wait for a new version to be released and the distributions to catch up? How long did we have to wait for closures? Short array syntax?

That’s when I truly realized how powerful the idea of macros is. It’s not just a fancy theoretical idea that lisp fangirls and fanboys fantasize about at night. Look at what was actually added to the language. This is real.

So let’s evolve us some syntax. Let’s see if it can be done. I want to try and actually backport the new syntactic features from PHP 5.4 so that they can run on PHP 5.3.

For all of the new features introduced in 5.4, it is possible to compile them down to PHP 5.3 syntax.

Those are the ones that I actually implemented. The tool/library that does these transformations is called galapagos and would have not been possible without nikic’s excellent PHP-Parser, a PHP parser written in PHP.

The parser returns an AST that can be processed. Since the parser supports the entire syntax of PHP 5.5, there is no need to extend it in any way. The library ships with a node visitor concept. All transformations are implemented as node visitors.

If you’re interested in the technical details, I recommend you take a look at the galapagos source. 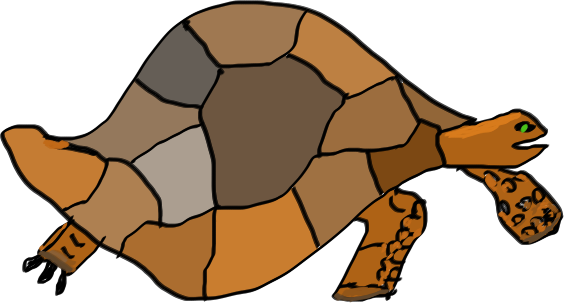 Once PHP 5.4 is completely backported to 5.3, one could write a set of transformations from 5.3 to 5.2. And so on and so forth, allowing PHP 5.4 code to pass through the generations and eventually run on PHP/FI.

This would also allow galapagos to compile itself down to previous versions of PHP, so you wouldn’t even need 5.4 to run it.

You could exploit the same loophole in the universe that Patchwork uses to rewrite source code on the fly. Thus eliminating the static compilation step and applying the transformation in memory, just as the code is loaded.

Source-to-source works for many types of syntactical features, but there are limitations to what you can do.

Performance will quickly be a limiting factor, especially for PHP, since it heavily relies on core features to be implemented in C. Some of these transformations will not come for free.

Certain features simply cannot easily be implemented as AST transformations. While even something like generators theoretically could be implemented as a macro, it’s extremely hard to do. At that point you’re almost implementing PHP in PHP.

And some features simply need the underlying engine. Any I/O mechanism, anything that interacts with the operating system, needs engine support.

Being able to invent your own syntax is very useful, which instantly becomes apparent when you look at the past. Features get added to languages all the time. What if you could do that easily, within minutes instead of months?

When a language is able to grow and evolve with its users’ needs, outdated distribution becomes less of an issue.

Is PHP able to grow that way? Only to a very limited extent. The lack of uniform syntax makes it a lot more difficult to add new features in a safe and composable manner. It might kinda work though.

Macros are extremely powerful, perhaps a little too powerful.

Lisp is so powerful that problems which are technical issues in other programming languages are social issues in Lisp.